St. Patrick’s Home of Ottawa Inc. has a long and very proud history. Founded two years before Confederation, it is one of the oldest homes for the aged in Ontario.

1865 – St. Patrick’s Orphanage and Asylum opened in a house rented on Church Street, under the governance of a Council of Management elected from the Association of Members of St. Patrick’s Church. It started with ten children and four elderly persons and the day-to-day work and care was provided by the Grey Sisters of the Cross.

1866 – The first Ladies’ Auxiliary in Ontario formed to support the work of St. Patrick’s Orphanage and Asylum

1884 – An annex was added to accommodate more children

1887 – A few acres of land on the Rideau River were acquired and a children’s summer house was later built. (In years to come, this land would be expropriated and replaced with the land where the present Home sits)

1952 – In July, ownership of the Home was transferred to the Grey Sisters of the Immaculate Conception. Over the years social security was introduced in Ontario and people were able to make a monetary contribution towards their housing and services. As well, the children were placed in foster care and were no longer the responsibility of the Home.

1964 – On June 4, seventy residents were transferred to new facilities built on the Riverside Drive land owned by the Grey Sisters, at our present site 2865 Riverside Drive.
On October 31, the building was officially opened under the distinguished patronage of Archbishop M. Joseph Lemieux, Archbishop of Ottawa. The barrack type accommodation found at the Laurier residence was replaced with four bed, two bed and private rooms. All were considered a luxury by the standards of the day.

1972 – Forty-eight of the Home’s 180 beds were approved for funding under the Ministry of Health’s Extended Care program in recognition of the growing care requirements of Residents. Over the next few years, the number of Extended Care beds quickly grew to 55, 75 and then 90 beds.

1976 – The Advisory Board of St. Patrick’s Home was invited by the Grey Sisters of the Immaculate Conception to form the first Board of Directors. An agreement was struck and the first Board was formed.

1985 & 1986 – The building was renovated and expanded to meet growing needs and permit a balance between individual privacy and companionship for the residents. Most of the accommodation was turned into private rooms and core washrooms were replaced with ensuite washrooms.

1996 – The Grey Sisters turned their sponsorship of the Home over to the Catholic Health Corporation of Ontario.

2006 – With the retirement of Sr. Mona Martin, the Home now has its first lay President & CEO

2011 – Construction began on a new facility to incorporate 86 new beds awarded by the Ministry of Health and Long-Term Care in 2007 and 202 redeveloped C beds of the current facility.

2013 – A new 288-bed Level A facility opened in December 2013 on the land adjacent to the 1965/1986 building. The Home has nine – 32-bed Resident Home Areas with space and design elements suited to medically complex, high needs residents. 60% of the beds are private rooms and 40% are shared with 1 other person.

On December 17, 1865, a meeting of the Association of Members of St. Patrick’s Church took place in the Parish Hall to consider establishing a House of Refuge for Irish poor.  It was unanimously accepted that this organization would be called St. Patrick’s Orphanage and Asylum.

Within two weeks of the decision, a Council of Management was elected from the Association of Members, to which was entrusted the governance of this Institution.  The first official act of the Council was to rent a house on Church Street.  The Grey Sisters of the Cross were approached to manage and provide care for ten children and four elderly persons who moved into the Home.

In 1866, an Act of Parliament was passed incorporating the Home to carry on this work for the people in the Archdiocese of Ottawa.

In the first year of operation, a larger house was rented to meet the growing need at St. Patrick’s Home. In that same year, a very active group of dedicated women formed the Ladies’ Auxiliary which was the first in Ontario.  The Auxiliary formally ceased operations in 2011 but their legacy and contributions live on.

In 1871 the need for permanent and more suitable accommodation became apparent and land was purchased at the corner of Laurier Avenue and Kent Street.  A new building was completed in May 1873, accommodating thirty-six girls, thirty boys and nineteen elderly persons, together with some Sisters and staff.  In ten years, the number of children increased and an annex was added in 1884.

In the early days of operation, St. Patrick’s Home relied very heavily on donations.  Operations were subsidized by bequests and a good portion of the food supply was donated by local farmers.  Young men travelled from farm to farm with horse and buggy until the buggy was full.  Poor were helping poor!

In 1887, a few acres of land on the Rideau River were acquired and a children’s summer home was built.  In the years to come, this land was expropriated by the City of Ottawa and replaced with the land where the Home is situated at 2865 Riverside Drive.

St. Patrick’s Home was known in the early years as a House of Refuge. It provided service only to those without resources who met the local residence requirements, regardless of religion or origin. Change came in the 1950’s as St. Patrick’s Home adjusted to two major government actions: phasing out of orphan care by the Department of Welfare and introduction of the Charitable Institutions Act. The Charitable Institutions legislation instantly changed the 1865 founding Mission of providing care to the needy, mostly young, who could not afford the service however it also injected substantial government funding into the operation, added admission of residents with financial means and included regulations governing operations of the Home.

By 1961, focus of the Home shifted exclusively to care of the elderly and as a result, an upgrade of the facilities was required.

Through the 1960’s and until 1972, admission criteria contained in the Charitable Institutions Act continued to restrict admissions to St. Patrick’s Home to the ‘well’ elderly.  However, residents were living longer and developing medical conditions that required nursing care. “Extended Care”, a provincial government health program, was introduced.  This allowed residents to stay at St. Patrick’s Home rather than be transferred to acute or chronic care facilities.

On June 4, 1964, seventy residents were transferred to a new, modern 180- bed Home located on Riverside Drive. The previous barrack-type accommodation at the Laurier residence was replaced with four bed, two bed and private rooms. All were considered luxury for the standards of the day.

In 1976, the St. Patrick’s Home Advisory Board was invited by the Grey Sisters to form the first Board of Directors. Three years later, in 1979, the Home was the first Home for the Aged in the region to receive an accreditation award and has maintained full accreditation status to the present. In the same year, a Social Services Department was established initiating programs such as Meals-on-Wheels and an Adult Day Care Program. The Meals-on-Wheels program continues to serve the Ottawa community however, the Adult Day Program ceased operations in late 2012.

In 1985 and 1986 the building was renovated and expanded to meet growing needs and to permit a balance between individual privacy and companionship for residents.

As a result of long-term care reform in 1993, St. Patrick’s Home ceased to be a Home for the Aged and become a Long-Term Care Facility. The Ministry of Health and Long-Term Care controlled admissions through a central agency and restrictive new admissions criteria effectively eliminated the residential or lighter care program. Through the process of attrition, lighter care residents were replaced by residents with heavier and complex care needs. The Home continues to evolve as a complex and sophisticated institution.

In 1995, St. Patrick’s Home formed an affiliation with the University of Ottawa to promote clinical excellence, education and research.

On January 1, 1996, the Home was incorporated as a separate entity with the legal name St. Patrick’s Home of Ottawa Inc.

Implementation of a resident- and family-centred care model was implemented in early 1997, as well as a major organizational restructuring of the Board of Directors.

Rapid health care changes and the Board’s commitment to continue a Catholic presence in the institutions sponsored by religious congregations lead to a new form of sponsorship. In 1997 the Catholic Health Corporation of Ontario (CHCO) was incorporated under civil and canon law. In 2000 the Grey Sisters of the Immaculate Conception transferred sponsorship of St. Patrick’s Home to CHCO. St. Patrick’s Home and other CHCO sponsored institutions continue to operate as separate corporations. The main role of the sponsor is to ensure an enduring Catholic presence in the member health care institutions.

END_OF_DOCUMENT_TOKEN_TO_BE_REPLACED 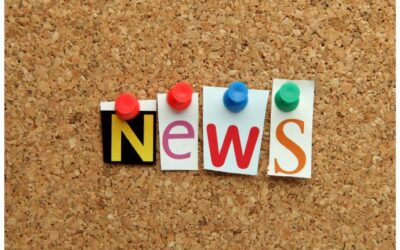 St. Patrick’s Home has been in the process of exploring and developing a project plan for a number of years on services to further support seniors outside of the provision of LTC services. This is an exciting project to continue our mission to serve those who need...

END_OF_DOCUMENT_TOKEN_TO_BE_REPLACED

The St. Patrick’s Home Foundation produced a video for us as a tribute to the staff, residents and families at St. Pat’s as we navigated the pandemic. Please enjoy!